Big, noisy and colorful ‘chicken buses’ full of people, compete speeding fearlessly by taking over one another, leaving a hard thick black smoke tail, on the way to Sumpango, a small farmers’ town in Guatemala, about 2 hours drive from the capital. I hopped off at the gas station on the main road where we agreed Oscar will pick me up. After waiting for 30 minutes under the sometimes intense looks around, I saw a small silver Nissan approaching. Oscar smiled from inside of the car and with the nod invited me in. A short drive along the narrow somewhat gloomy streets of Sumpango brought us to one of many entrances along the fences on the paved street. Every house in Sumpango is fenced above the human height.

Oscar opened the automatic gate and parked the car inside. The house looked spacious and light, decorated with intent, contrasting to the outside streets. “Hi!” – I said to a cute little girl curiously peeking through the kitchen door. “That’s my youngest daughter” – Oscar said full of love and pride. He invited me to his cabinet: dark wooden desk, a fax machine on the side, a wall full of calligraphically scripted Diplomas. Oscar took his chair somewhat prominently. He was obviously proud of the achievements: diplomas, family, house.

“I was born into the extremely poor family. The kind of a poor when you live in a hut made of carton boxes,” – Oscar Chiquitó Sabán, 34, starts off his story. “My father had to work 12 hours a day in growing vegetables just to feed the family. Since I was 4 years old I was helping him in the field. We would wake up 4 am and walk hour to the mountains to our small land patch. I had no “childhood”, and could only observe other kids playing after school. And I wanted to go to school so much and was asking my parents. But my father believed that only lazy people go to school because they do not want to work. Only by the age of 8 years old I could persuade him to let me attend the school. His condition however was that I had to still help him in farming. For that I would wake up at 4 am, walk for an hour, in the dark to the mountains, work for 2 hours and then run as fast as I could to make it to the start of the school by 8 am. By the time I was making it to the school I was all covered in sweat, dust and was so tired that often would just fall asleep in class. And after the classes would end I had to go back to the field and work until dark.”

In this manner Oscar made it all the way to the high school. The next was the University, an expensive venture, for which he had to do utility works for 2 years. Eventually he obtained a scholarship to to get an associate degree from a U.S. university, and even became a Fulbright scholar later on. 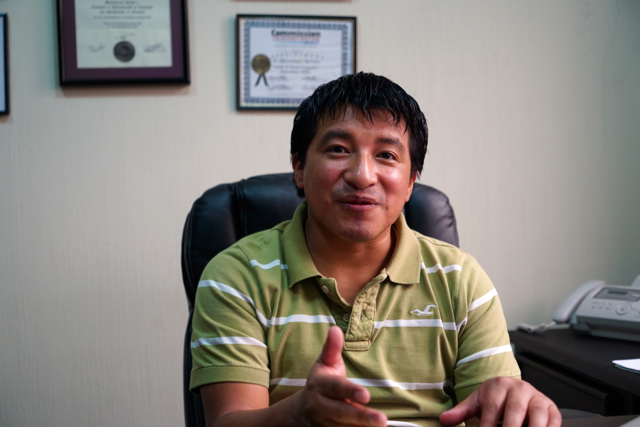 “Education is breaking the cycle of poverty,” – asserts Oscar: “When me along with my sister and brother have established a family business which has allowed supplying vegetables to feed 5 cities in the region, my father could appreciate the importance of us going to school. Now we provide fresh produce to the big retail chain, and work only with the farmers who work well, because we have established our business to help others, to help farmers like us”.

However business is not something that feeds Oscar’s calling today. For the past 2 years Oscar is an evangelical missionary in his home town of Sumpango. “My family has been baptized into Evangelism when I was 6 and perhaps that was one of the key factors why my father had agreed to let me into the school. I was doing my Fulbright scholarship in 2007-2009 at Texas University, when Harvard University has hired me to help them to do a part of research on the “Impact of Religion in Economic Development” in Guatemala, where 40% of population are Evangelical Christians, 55% are Catholics. Until then I have not really understood the impact of religion over the opportunities it gives to people.” – explains Oscar his life choice: “It was a clear though not a very easy decision to move back to Guatemala from a comfortable life in US. But I have trusted God’s will.”

“Today we are creating a movement among evangelical churches in Guatemala to unite around common goals, KPIs if you will, to achieve progress in education, social and community development. My role is to bring strategic planning through leadership. Currently we have managed to unite 21 churches with 15 more to join soon, out of 312 in Guatemala alone. We want to make a long-lasting impact through different initiatives, but all of them should be streamlined towards goals with measurable indicators.” – explains Oscar. 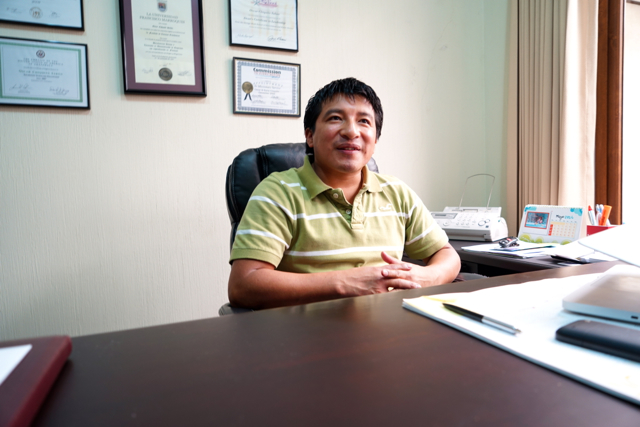 Oscar looks confident and proud for the work he is doing. The only dark cloud crosses his face when asked about the most challenging moment he’d ever faced on his way: “Three months ago I have received an extortion letter, asking for 100,000 quetzals ransom threatening to execute me and my family, and a demand to stop my missionary activity. At first it made me extremely worried. We’ve talked it over with my wife, and decided that if God put us on this path, it’s in his hands to protect us.”

I had little time to spend with Oscar, but could tell that his faith and devotion are of the nature which is driven by a greater purpose, with the mind and soul directed at solving true problems of people he was raised with. “God gave me the opportunities and I need to pass them to others,” – he said when we hugged good-bye on the bus station.

It was an x-number interview about the calling, passion and purpose, and what was the most important take-away – the faith and trust you got to exercise in everything you do: be that a religious mission, or a trust and faith in your talent, idea, potential. I guess trust is the only working asset to overcome the fear of stepping into the unknownness. A trust so immense to the point of life or death. A faith in yourself, your “inner god”.