Whistler to Vancouver car ride is spectacular, as you pass through the mountain gorge and eventually ride along the ocean coast, with breathtaking views, especially in a sunny weather, like today. 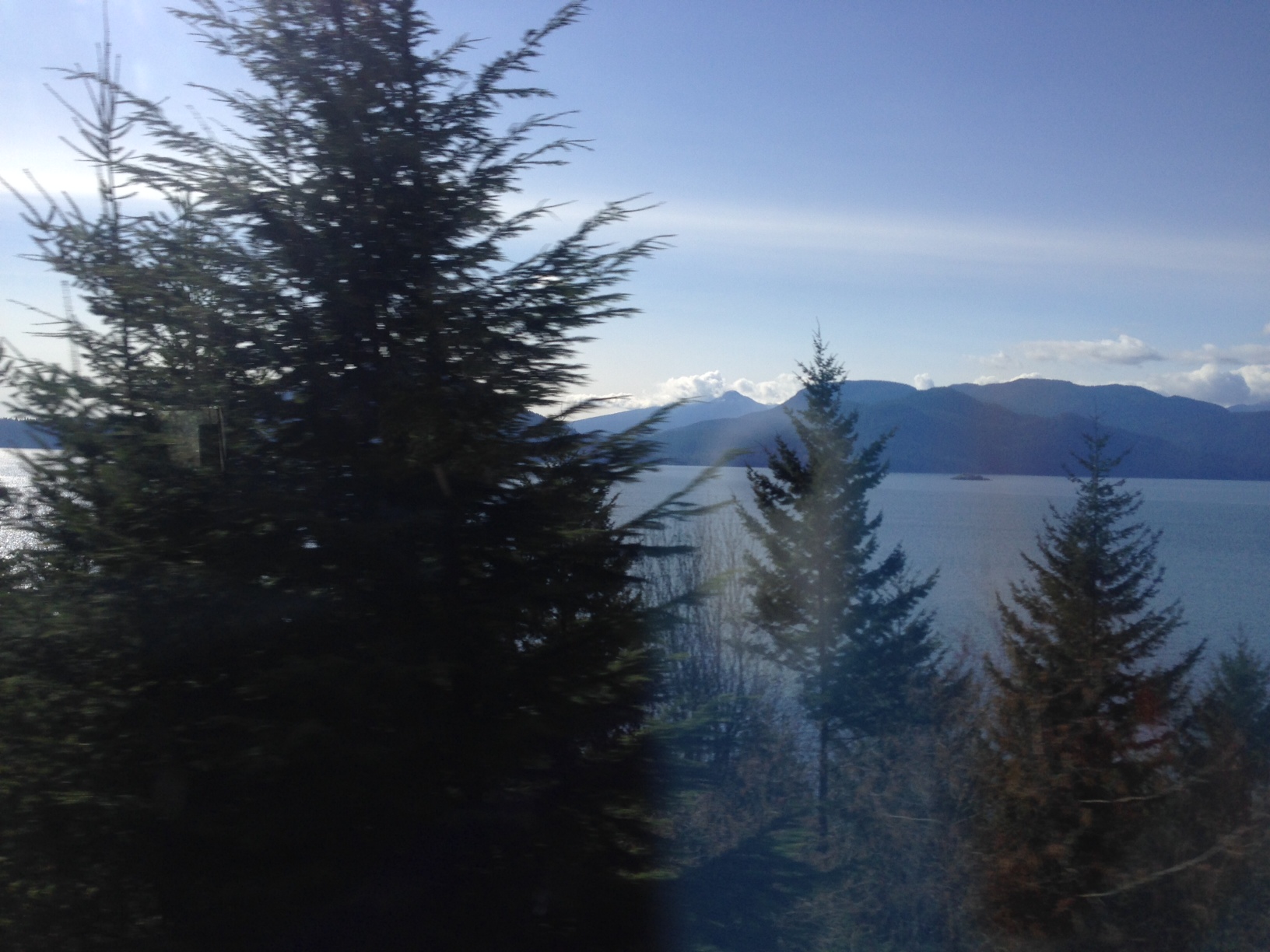 There are several bus companies to take, with the cost of approximately CAD 30-50. As I am heading forth to Seattle, I bought a connecting ticket with AmTrak Whistler – Vancouver – Seattle online a month ago. However, when I arrived at the bus station this afternoon, I realized that I do not have the print ticket and so I turned to the ticket office, which, however could not locate my reservation.

An option of staying up in Whistler for another day was tempting, but… Biting my lips, I’ve waited for the bus driver. He could have saved me from buying another ticket and he did. With some explanations, showing the “online reservation” (which is technically and officially is not the ticket), he still allowed me into the Greyhound bus, which AmTrak ‘code-shares’.

It took 2.5 hours of drive, and it was beautiful and relaxing, after the intensive TEDActive week. 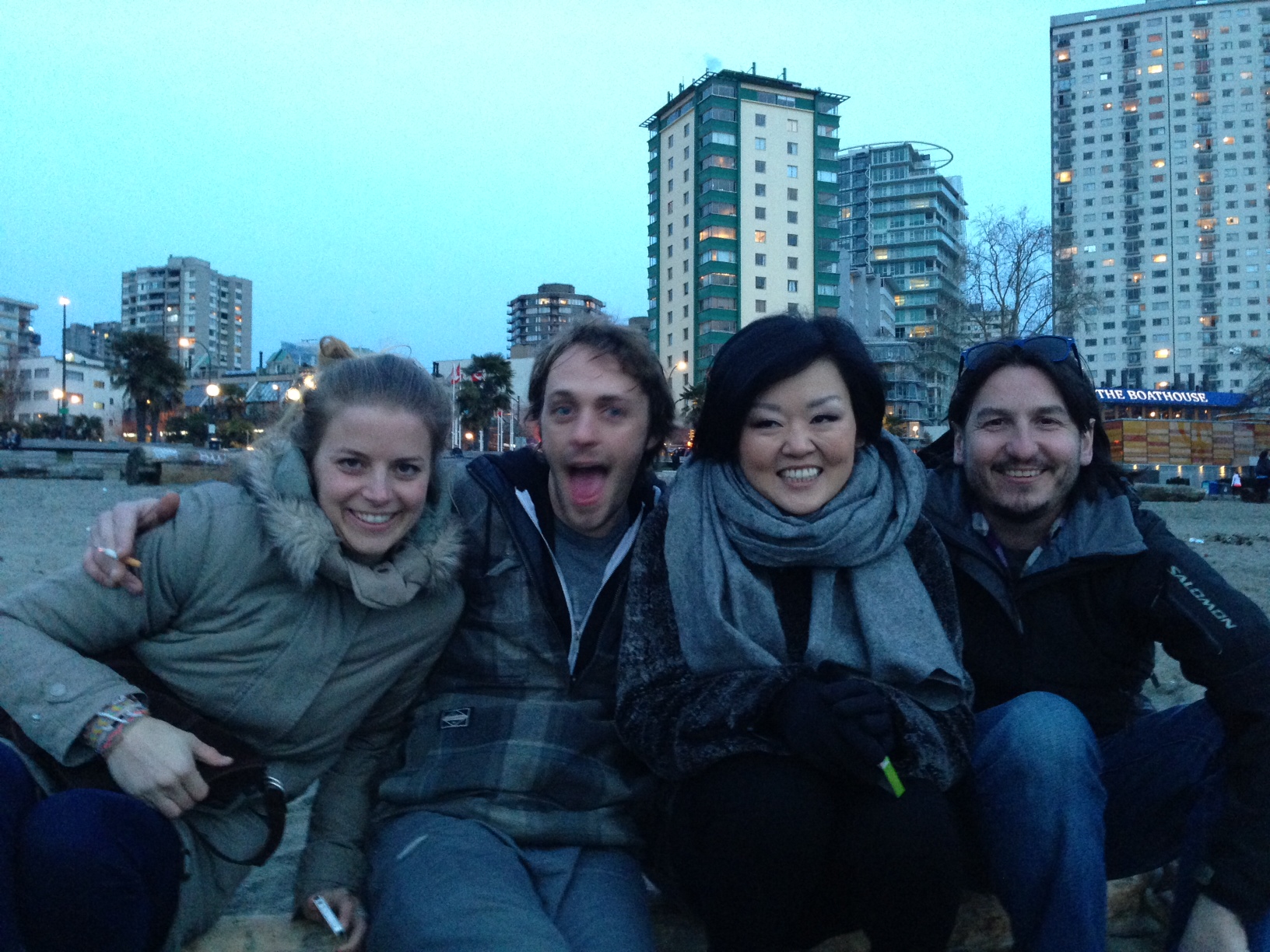 Easily I made it from the a little vintage Vancouver train station to my couch host, where I was met by his house mates, and in less than an hour we already were walking down the town, to the beach, sharing stories. A lovely couple I was accompanied by is an Austrian girl Kat, and her Australian boyfriend Ryan, who met while traveling in Africa, and they travel together since, currently living and working in Vancouver, soon they are going to drive all the way to South America, and then… to God knows where to.

I guess I still keep admiring at people who have their life in traveling the World. “People think it’s difficult and costly, but once you try packing, arriving at a city with no plan, but a backpack, you will understand how simple it is. You can live on 20 dollars a day”, – they shared.

Here are their advices on budget savings:

1. Couchsurf. People open their houses to strangers because they want and have so much to share, starting from their house to food to the love for their cities.

2. Cook at home. Instead of eating out, find basic grocery shops and make your meals.

3. Do sandwiches for the day. Instead of eating at fast-foods. They taste better and cost way less.

4. Ride-share. There are plenty of ride-sharing opportunities and it’s fun on the road.

5. Use public transport wherever. However, if it’s let’s say in Bolivia, where the taxi ride to pretty much anywhere in the city will cost you $2, what the heck, go taxi.

While I am still learning most of it, I am up for discovering Vancouver, which is so far seem to be a very nice place. Public transportation is widely available: buses and Skyline. Not crowded at all, comparing to megapolises like Tokyo/London/New York. Food is great – a great Japanese/Korean community hold little cafes all over. Arts/ Science / Innovation is being nurtured and it tells. The architecture is very modern, and homogenic throughout the city. 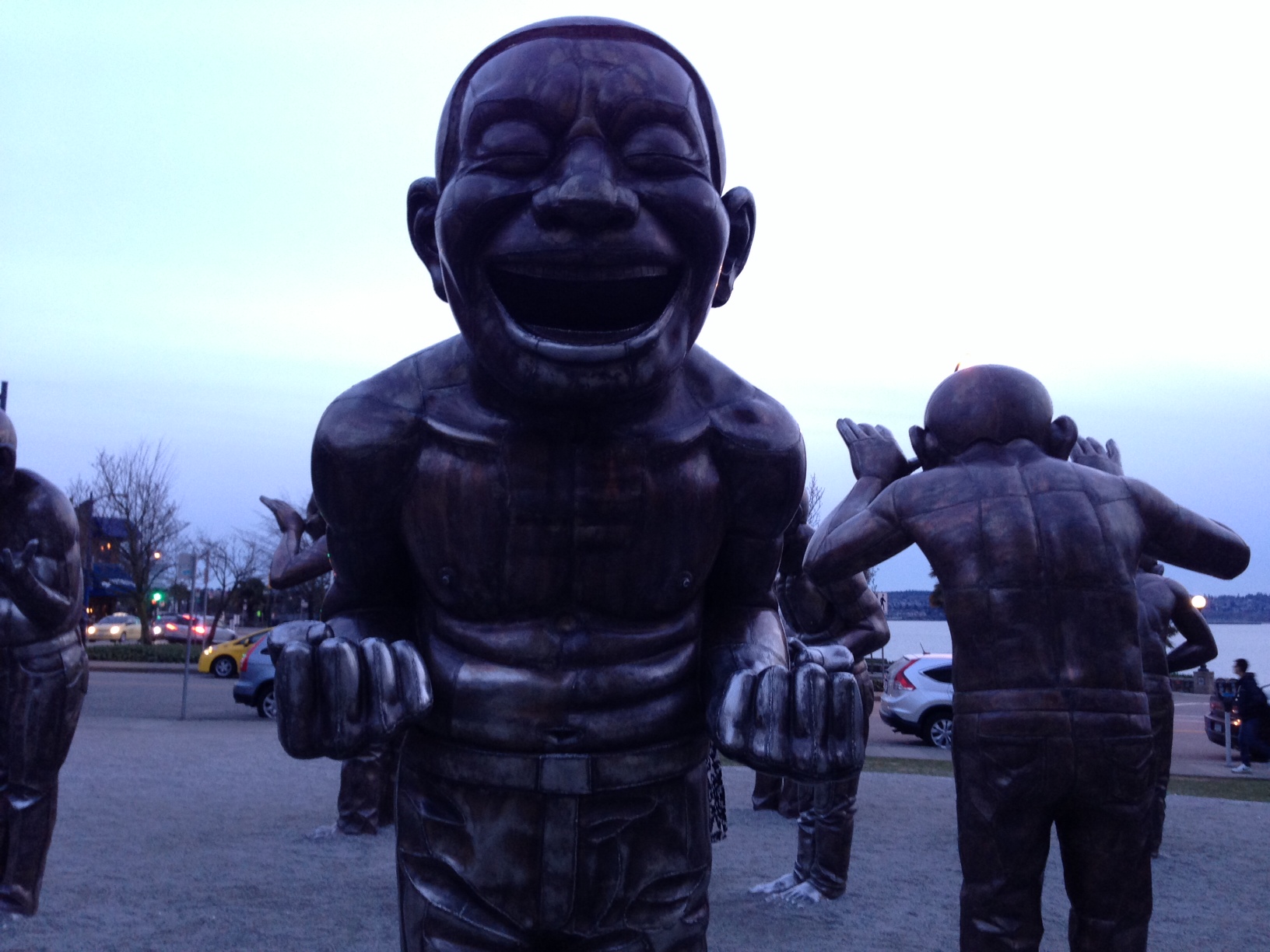 Не забывайте смеяться!
Though I do not have planned interviews for Vancouver, I am secretly hoping for the help of providence… 😉