Skip to content
Posted by Larissa on 2016-03-252016-03-25
Truth to be told – traveling Kazakhstan is not easy, well, I mean it’s not “intuitive”. Traveling in Kazakhstan is like using an Android to an Apple user, but once you master it, it is an adventure, which is kind of cool, if you are looking for one. Why I am saying that is for the reason of setting expectations straight – this country has no touristic infrastructure, and I mean it. Hence it’s wild and worth it. 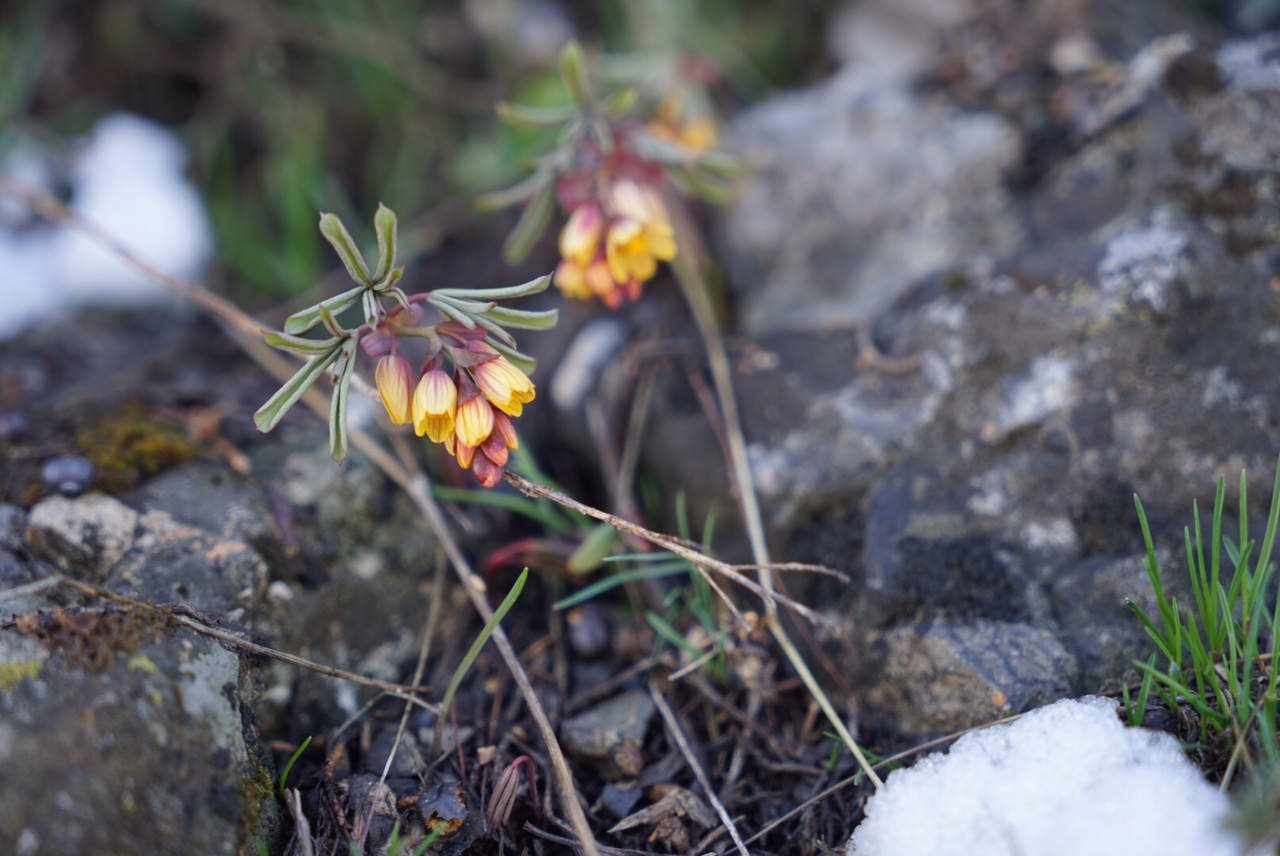 Starting from the transport, buying an air ticket is doable, it’s okay, but rather expensive – Kazakhstan is huge in territory and if you are short on time, choose air indeed. The national carrier AirAstana.com is awesome, safe and expensive. There’re newer cheaper versions for in-bound trips like Qazaq Air, Bek Air or SCAT Airlines too, check those out for bargains.
I like traveling by trains… Romanticism involved of slow observation of life, elegy, trips to inner thoughts. Luckily, Kazakhstan railway has finally introduced very convenient online service for electronic tickets (not 100% of trains yet) which makes life so much easier (www.epay.railways.kz)!
Anyhow, I have been toying with different ideas for the long late March holidays and finally we have decided to take a trip from Astana to Southern Kazakhstan, natural reserve – Aksu Zhabagly. A a beautiful national park connecting two chains of mountains, containing vast canyons, animals, and nearly 40 sorts of tulips, located 150 km away from the regional center Shymkent. Last time I visited it was in 2004 and it was in May and it was beautiful, not too hot as it can get in a summer time and very peaceful.

Nothing has changed since. Aksu Zhabagly is still amazingly beautiful, little or no tourists, tranquil. We took a flight to Shymkent and were picked up by Ruslan, a co-owner of the guesthouse under his name, we have stayed at in Zhabagly. 2 hours drive through unlucky road under construction will get you there, to the abundance of hills and trees, sounds of river and of the bees, sunny valleys and snowy mountain tops, it is a place where time stops. Alternatively, you can take a train to the station “Tulkubas”, which is the name of the village, next to Zhabagly.
The touristic seasons there starts in April, with the blooming of the tulips. Though, when I say “touristic” it just means few foreigners taking walking tours from Kyrgyzstan or adventure seekers on all-road cars, and it means you can enjoy the company of self, cows and Elmira’s family.
Elmira is a sister of Ruslan and the one who actually runs the guesthouse, a wonderful person, radiant and happy. They own two houses, one is directly at the village, and the other one is in the mountains (preferred). Booking is made through email, contacts can be found here: www.zhabagly.com
So… once you’re there what to do? It’s okay to do nothing. As well as horse riding, trekking, animals and birds watching, taking some trips around.
We did that all in 2 days, then got hungry for some action and moved on to first Shymkent, stayed over night, and on to Turkestan, which is actually 600 km away from Zhabagly.
Shymkent is 1-million inhabitants city, a vibrant, southern spot, often compared to a “wild west” rather. It can get as hot as +50C in a summer time, so the best time for visiting anything but summer. We stayed for a day, roamed around the city in a search of the perfect plov and shashlyk, checked the hotel’s hammam to revitalize for the next day trip to Turkestan region.
It was a Nauryz (spring equinox) day celebrated widely in Kazakhstan, so Turkestan was crowded with families with kids, who wandered around in a search of entertainment. 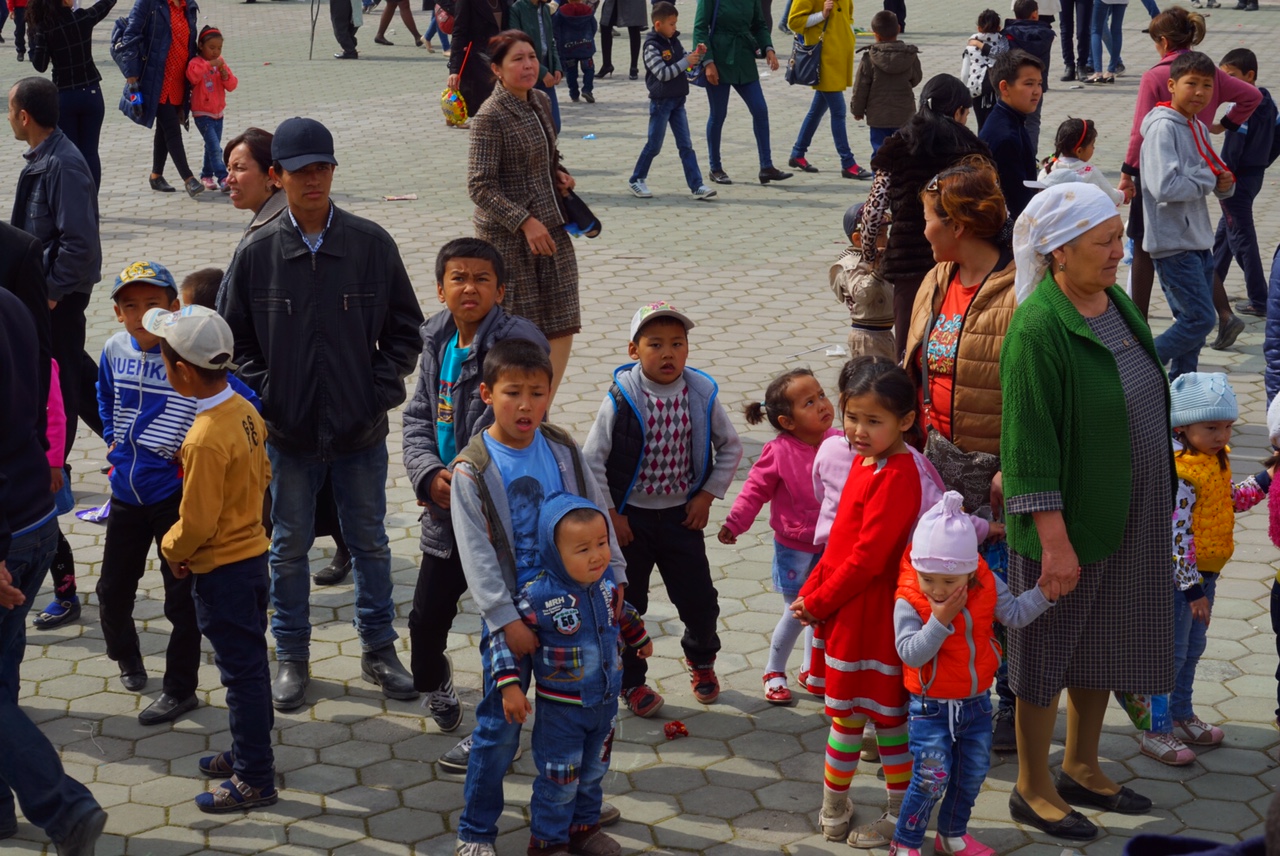 Our points of interest were the holy places which Turkestan is famous for: the mausoleum of the Khodja Akhmet Yesevi and another one of his teacher – Arslan Baba. Both were again full of people, both believers and onlookers. 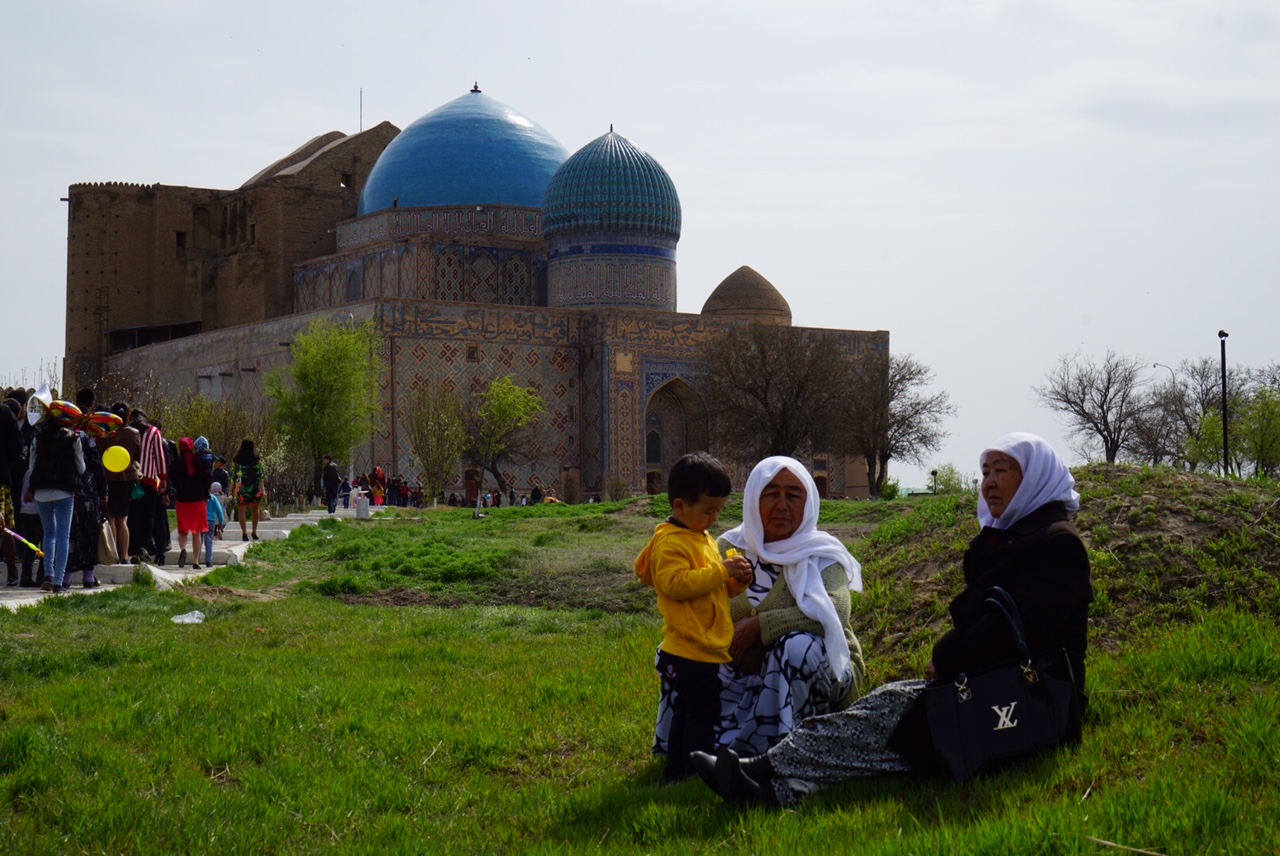 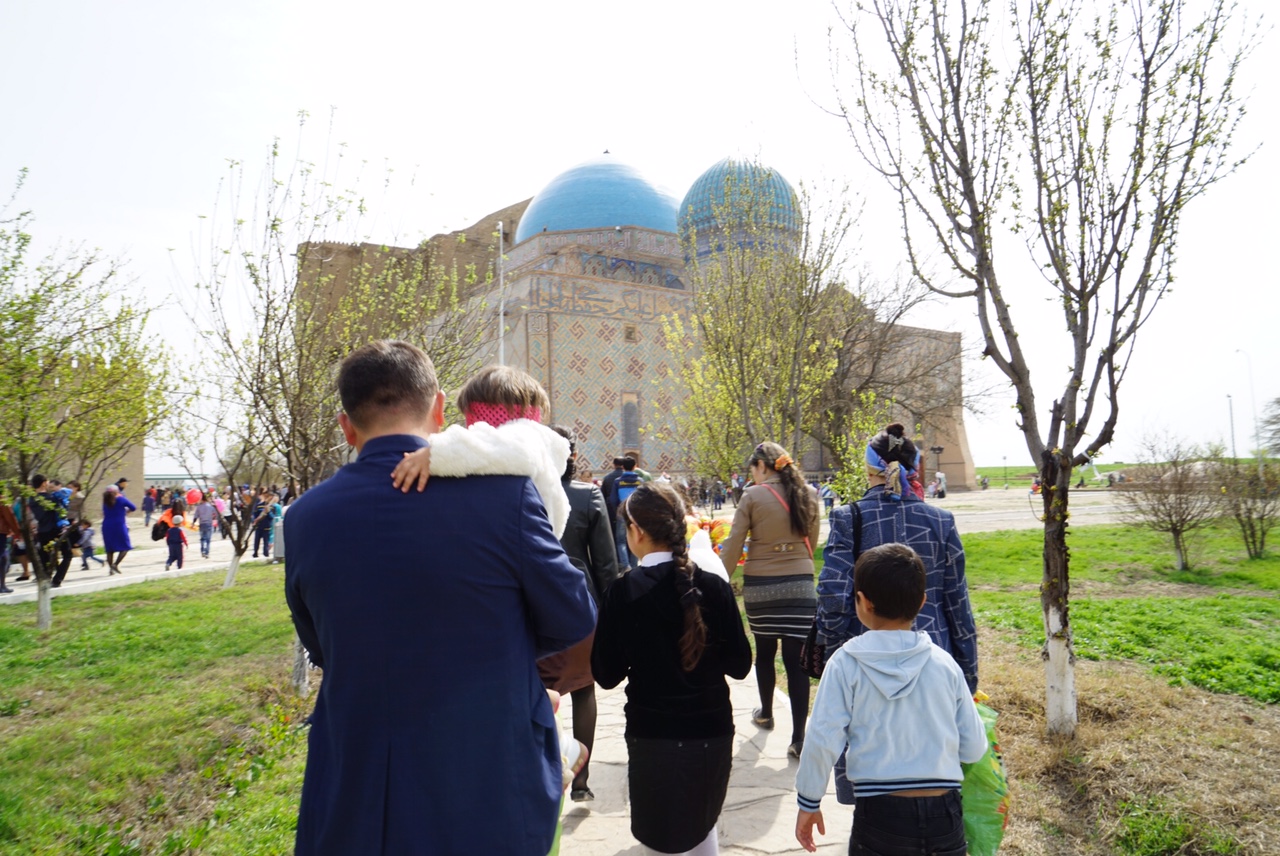 The most interesting point however to me were the remains of the ancient Otyrar city, once a liveliest spot of the Silk Road route in Central Asia, which was founded in the 1st century and ceased to exist along with the Silk Road in the 18th century. 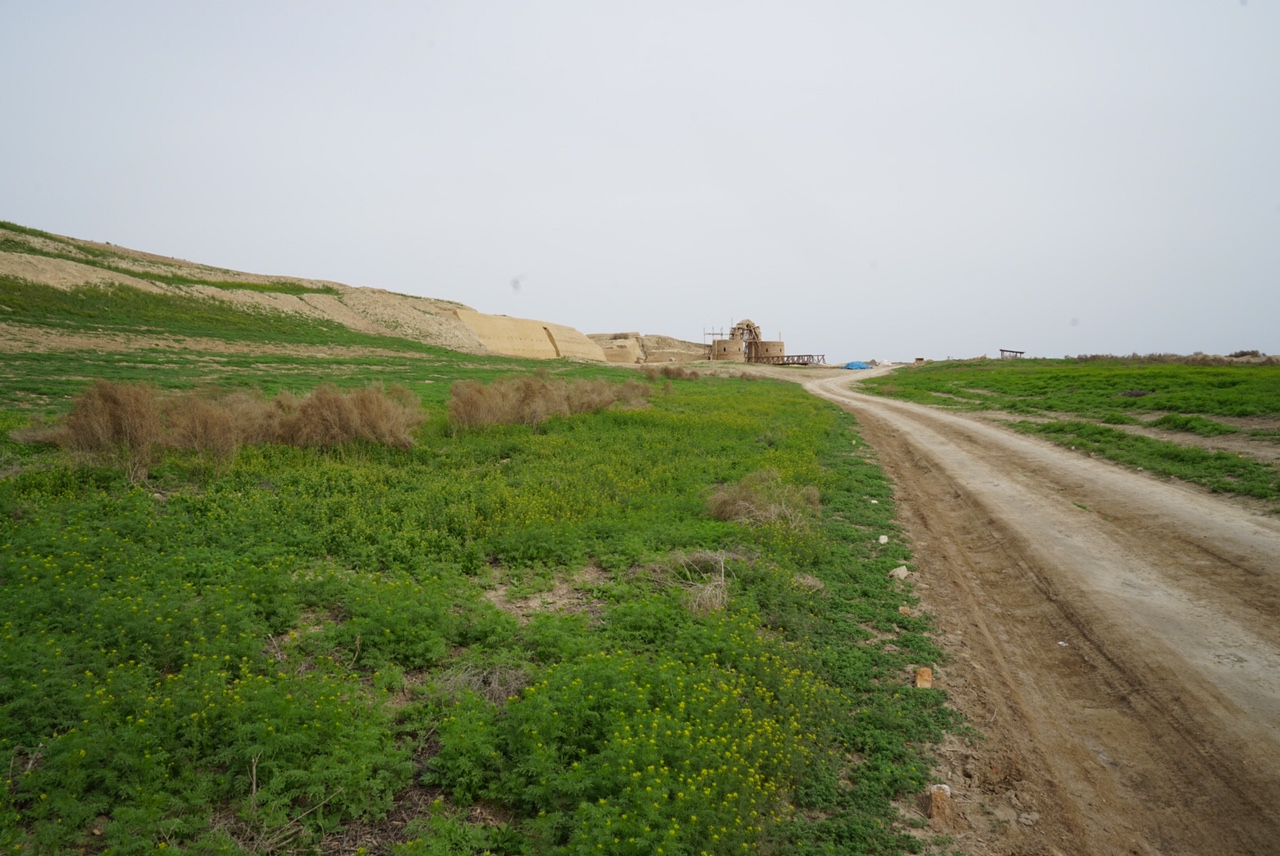 It got famous in history however for holding back the siege of the Gengiz Khan troops for more than 6 months. Once you get there, to the middle of the lonely steppe walks, it takes you away with the proud sadness. The old ruins are abandoned, they face you as a somebody’s home which once was. You are taken by a feeling that you’re intruding somebody’s space. As if people who’d “just” been there, even if two centuries ago, has just left. Here are the wrecks of their dishes, here’s the kitchen or what has remained of it, here are even their bones scattered all over the place… but them. 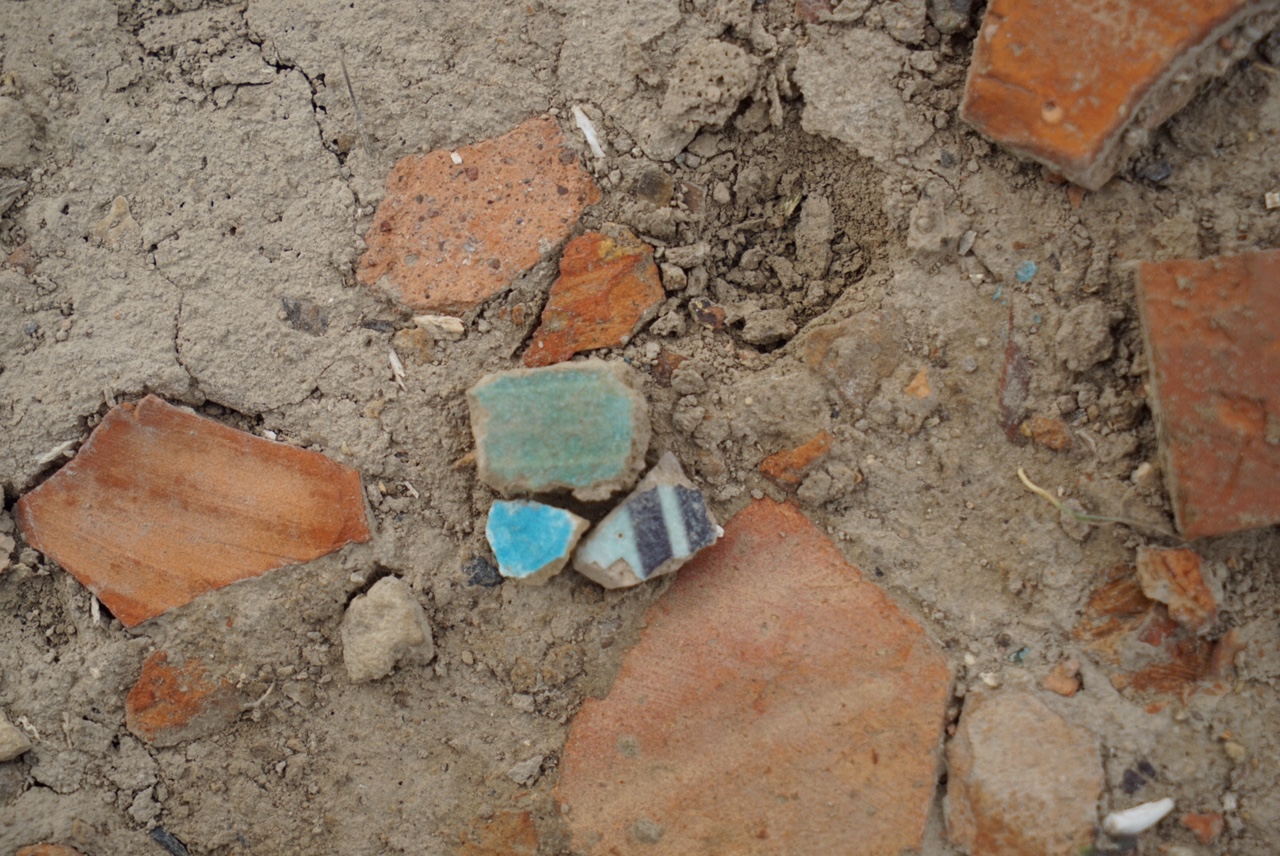 You keep on walking around the fortress with the feeling of roaming the Pompei. You can’t stop imagining the life previously seething through the streets. How beautiful should had been this oasis, how many people and stories should had passed through the fireplaces of it, how suddenly it all had vanished. 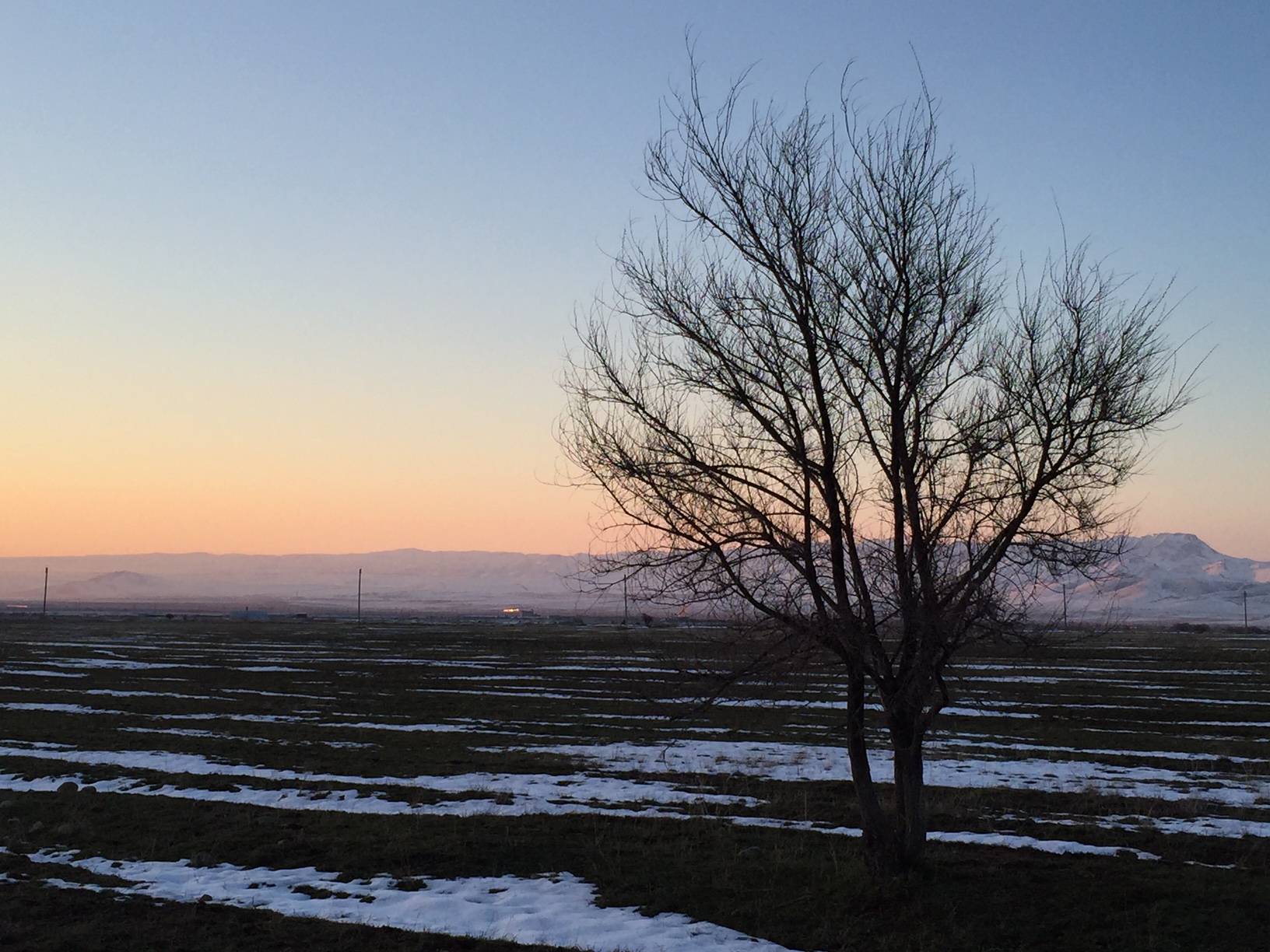 Looking back at our short trip I am thinking how great it would be if at all those cool places, besides raw nature and wildly forgotten ruins, we could find an “authentic” little and clean hotel with proper hygiene and food standards. No “five-star” things, but just nice and decent. The problem with Kazakhstan hospitality business is that it has never existed. Nomadic lifestyle nurtures natural hospitality as such, you can never be left alone starving outside, but no traditions of customer care in a form of a business. Places like Kazakhstan has it’s own “adventure” tourism market. However it doesn’t help the state of the in-bound tourism. And still I find plenty of reasons to be enjoying this raw beauty, this absence of touristic crowds, this opportunity of being one-on-one with nature and self.
At least for short 4 days. 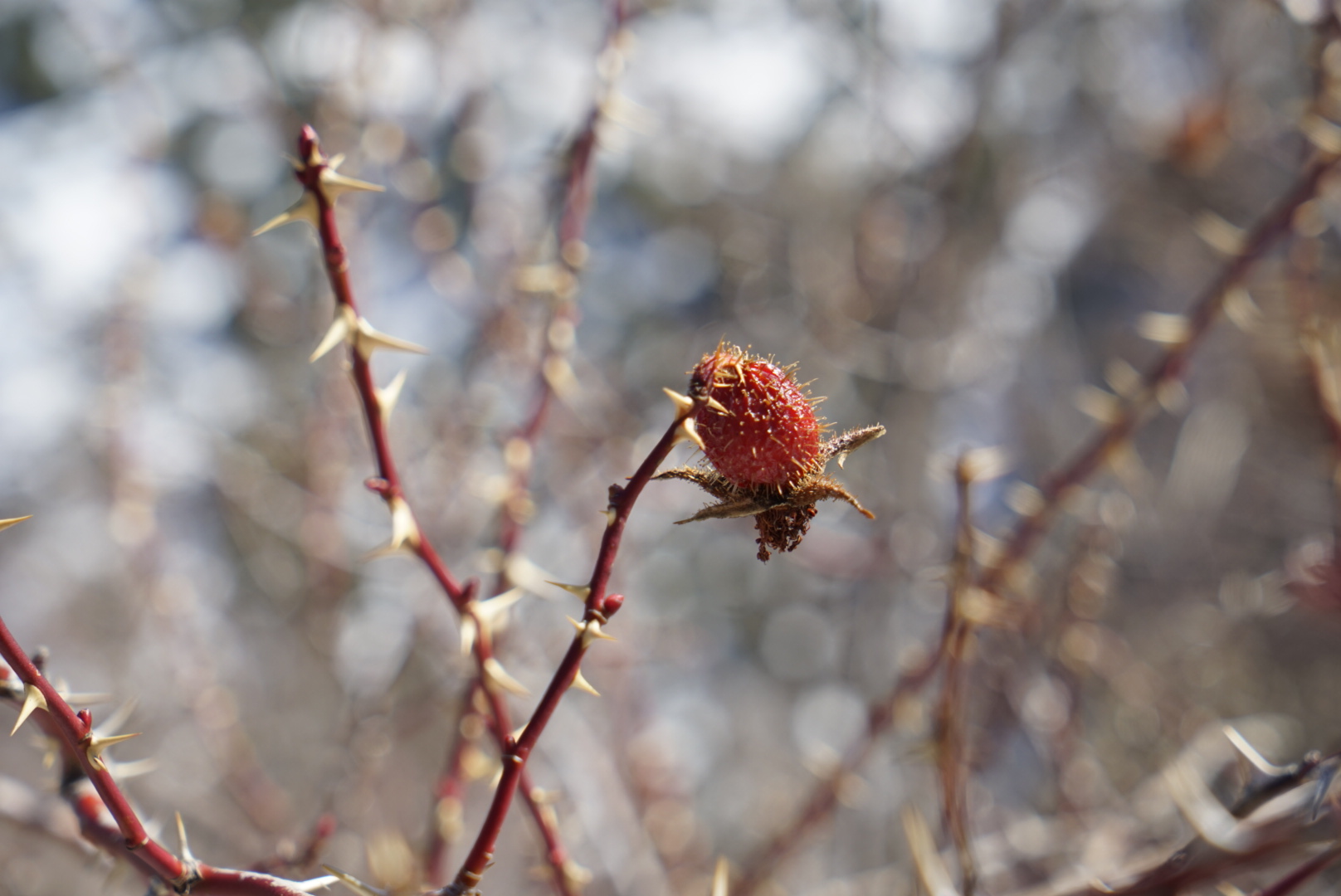